It fosters high standards in practice and research within each of those areas.

Heal Africa's Mission Is Characterized By:

HEAL Africa is a Christian organization committed to serving God in our teaching and practices. HEAL Africa is motivated by love for God and love for people. Following the example of Jesus Christ the healer, we offer our services to all without discrimination. 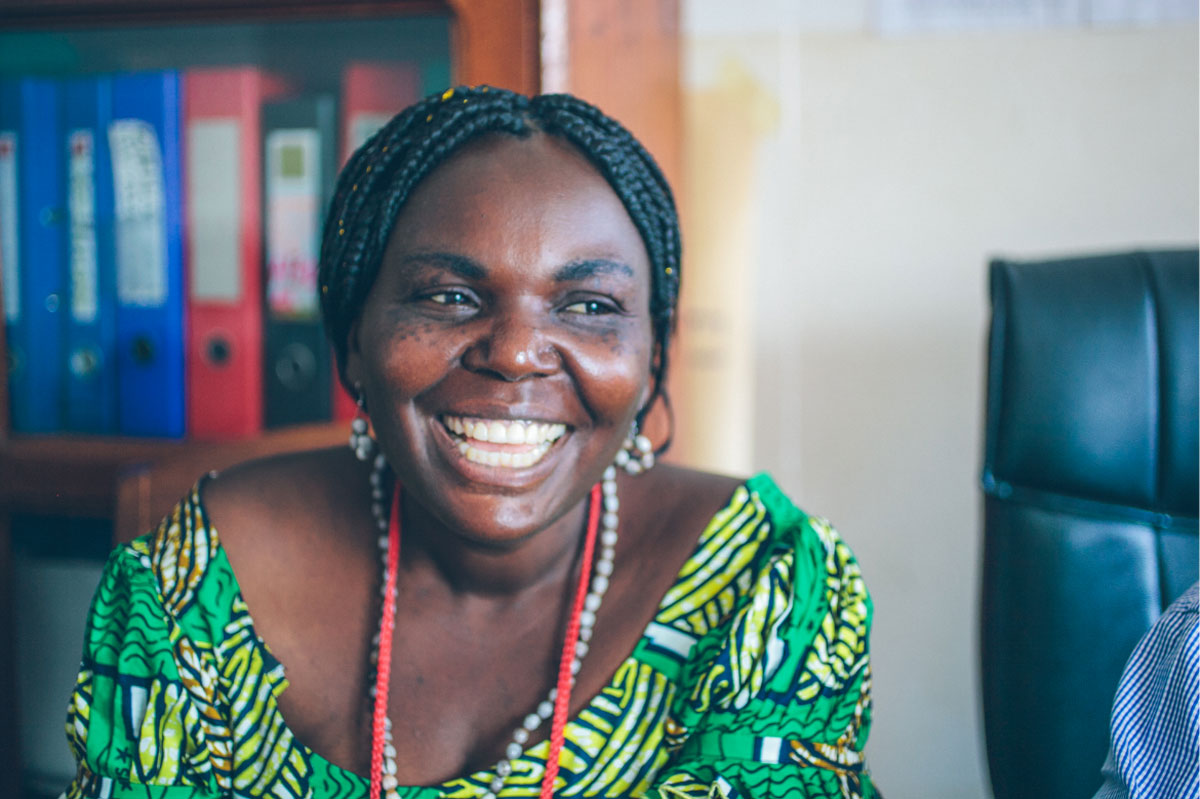 Transformed, healthy, sustainable communities in the Central Africa region in which each person can develop her/his full physical, spiritual, emotional, relational, and economic capability while living in safety and freedom.

HEAL Africa is deeply rooted in Africa. During the summer of 1993 Dr. Jo Lusi and his wife, Lyn, visited the United States and were the house guests of Dr. Paul and Macky Groen. Though they lived on different continents, the four of them discovered that they shared many perspectives and passions. The Lusi’s lived and worked in Africa. Dr. Jo had been born in DRC, and Lyn lived most of her adult life in Africa. The Groens had served in medical missions in Nigeria during the 1960s before moving back to the United States.

Subsequently, the Groens made frequent trips to serve and teach in African hospitals. They spoke at length about the need for more trained physicians and better health care in Africa – health care that would address physical, spiritual, and emotional needs for all. Thee kindred spirits then went back to their respective homes. Keep Reading

Lyn Lusi was the heart of HEAL Africa. Everybody called her “Mama". She was like a mother to the 400 employees of HEAL Africa and to the thousands and thousands of women, children, and men for whom HEAL Africa provided care. Lyn passed away in Goma, DR Congo on the evening of March 17, 2012. One patient in HEAL Africa’s ward, upon hearing the news of her passing, reflected on her legacy of compassion and generosity by observing, “We are missing her so badly, but we know now she is in a better place. We will never forget what she did for us and for our country."

Lyn first traveled from England to the DR Congo (formerly Zaire) in 1971, where she began to work as a teacher with the Baptist Missionary Society. In 1974, she fell in love and married a Congolese physician, Dr. Kasereka M “Jo” Lusi. The couple's combined skill in medicine, education, and administration led them to serve for 19 years in northeastern Congo’s Nyankunde Hospital as well as several associated schools. Even then, Jo and Lyn dedicated themselves to training young national doctors.

In 1996 Lyn, Jo, and others decided to choose Goma, DR Congo as the site for a new work dedicated to training young national doctors. By 1999 Lyn had earned her Master’s in Human Resource Development and Training. Lyn began applying her formidable skills to develop not only a medical training center, but also a place capable of healing and supporting victims of rape and violence.

In 2002 when a local volcano destroyed the original hospital, not only was the hospital rebuilt but the program expanded and met more and more of the needs of eastern DR Congo. In 2006 the organization took the name of HEAL Africa. Lyn forged friendships and relationships that spanned the globe in service of the people who lived in eastern DR Congo. Despite serious challenges due to the region’s economic impoverishment, political destabilization, and natural disasters, HEAL Africa became and remained a beacon of hope and healing. Lyn wanted people not only to survive their various traumas, but she helped them rebuild their lives. Today there are thousands whose lives were changed by their encounters by this woman who led by serving.

Lyn Lusi succumbed to cancer at the age of 62. She left behind her loving husband, Jo, son Paluku with his wife and son, daughter Nadine, four sisters, and thousands of friends and colleagues who loved her. She was laid to rest in Butembo, North Kivu, the area from which the Lusi family originated. Some of Lyn’s last words were: “Tell them not to cry”. To the end she was thinking of how to comfort others.

And now her legacy of service is entrusted to those who remain.

HEAL Africa’s work is focused in the Democratic Republic of Congo (DRC) and is supported by a number of partner organizations, alliances, and related organizations around the world.

A registered 501 (c)(3) organization was incorporated in 2006. It provides the avenue through which citizens, corporations, formations, and public institutions in the United States can most expeditiously assist HEAL Africa in the DRC. HEAL Africa USA maintains the www.healafrica.org website. Its staff members serve as default responders to web inquiries. It acts as a clearing house and facilitator of relationships with HEAL Africa-DRC. The HEAL Africa USA Board provides governance for the work and exercises fiduciary responsibility.

HEAL Africa does not maintain an office in the UK. However HEAL Africa enjoys a relationship with WorldShare. Residents of the UK are invited to visit their website at www.worldshare.org.uk for information regarding making a donation to HEAL Africa. Donors are reminded to specify which of the HEAL Africa projects you wish to support.